While a 2D (or 2.5D if you prefer the term) does not seem like a prime candidate for virtual reality – to which I feel compelled to ask: why not? If VR is only for first person games, as I’ve seen far too many people say of late, then I feel they are missing the point. VR is about immersion, and there are plenty of games out there that can immerse you regardless of visual perspective or genre. Witchblood is an action platforming game that feels right at home on the Oculus.

I am not proposing that a person simply slaps VR on an existing game and call it good, but Witchblood was clearly built from the ground up with VR in mind. There are times when the environment can hide things from view if you are not careful with it, and even the framework around the game’s play window (it’s like the game is taking place in a section carved out of a wall) is a sort of living map. Kind of a cool feature as you tilt your head to the left instead of pausing.

This is one of those Metroidvania games where you platform, attack, learn new abilities as Clara, who finds out she is a witch. Of course, Clara doesn’t get much time to ease into things, as villagers murder her father and a magical book whisks her away. From there she picks up a tree branch that serves as a basic weapon and gains skills throughout playing that unlock new types of magic. Naturally these new spells allow you to access things you could not before, or best creatures who were previously too powerful for you.

There is a really nice aesthetic to the entire game. It is not the most polished and it is not a big AAA game with loads of polish, but it certainly looks and sounds the part. Environments sport a variety of colors, from deep blues while wandering outdoors at night to warm browns with reddish hue when indoors and everything in between. Everything from the rustle of a turned page from the start menu to the comfortable way you can move around using the headset to zoom in and around the environment to the charming music really makes Witchblood a comfortable, entertaining title to play.

Basically the majority of your time will be spent jumping around and attacking creatures that all seem to have it out for you. The platforming becomes steadily more challenging as you play. Early on you are simply navigating things like jumping from stationary platforms to moving ones to ones that have an almost puzzle-like element of appearing and vanishing. This is not the longest of games, but you can get several hours out of it, and at around eight  dollars, Witchblood actually feels like a really solid deal.

I will say that for all of the joy that comes with exploration, boss battles are a bit of a frustration point for me. I am not saying that they should not be here, but a couple were just a shade on the annoying side. They actually feel like classic bosses from other games in a lot of ways. Each boss has patterns that you start to learn, and then you take advantage of those patterns to exploit weaknesses. It really hurts that the initial boss battle felt like one of the most poorly designed ones in the game. That did not help to set the right tone, and I could easily see where it might put players off. 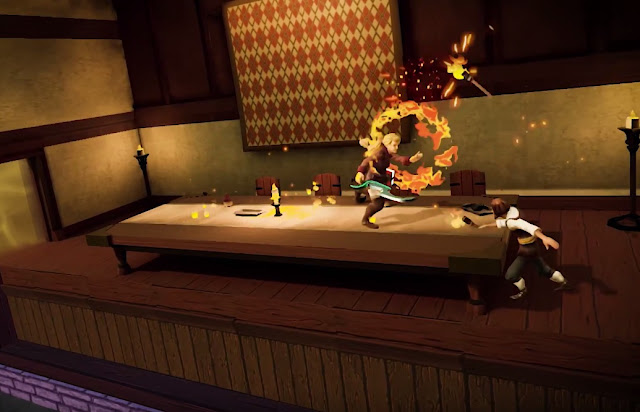 However, I will say that I’m glad that I stuck with it. Gaining new abilities was always a trill, and with about six or seven hours of content, there is plenty to do. Especially if you do everything you can to thoroughly explore every last nook and cranny. The world is rather beautifully realized, so exploration is a treat. I found myself soaking in the sights and sounds, which 2.5D game or not, was really immersive. I for one am really happy to see someone develop a solid game from the ground up with VR in mind, without just leveraging it as a gimmick that has to be seen in first person. There is certainly a place for those games, but I am going to push against the notion that anything else is just not immersive enough, and Witchblood is a great example of this.

For a game I heard nothing about prior to its release, Witchblood is actually a pretty fantastic surprise. The price point is low, but the quality here is actually quite high. It takes a tried and true Metroidvania formula and dresses it up with a unique protagonist and storyline as well as bring it to virtual reality. If you are looking for a new game that has not gotten a lot of publicity for your Oculus, Witchblood is actually a very low-risk (due to the price tag) that is easy to recommend. 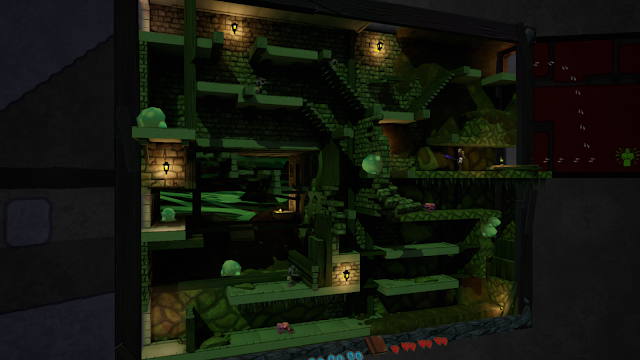